Top Rated Shotguns On The Market

TheGunSource.com is proud to bring you the #1 guide to shotguns available on the internet.  We’ve reviewed countless shotguns and brought you the best of the best.  Pump action shotguns, semi-auto, lever action shotguns, and more – all reviewed right here!

With the insane amount of shotgun types and brands available on the market you might just be overwhelmed in your search for the right option.

Weather you’re looking for a Semi-Auto, or maybe the lever action shotgun from Terminator 2, on TheGunSource.com we have you covered.  Read on and figure out which option is right for you.

Start with this guide, which is comprehensive and aggregates all our favorite shotguns regardless of style, or skip right to a specific type of shotgun with the link list directly below. 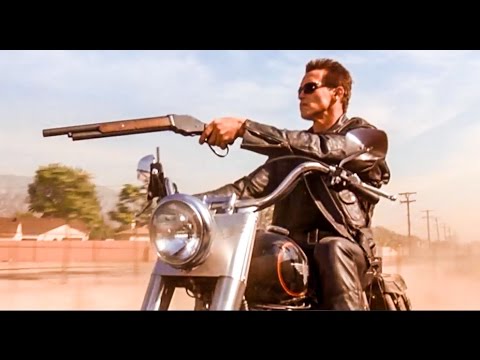 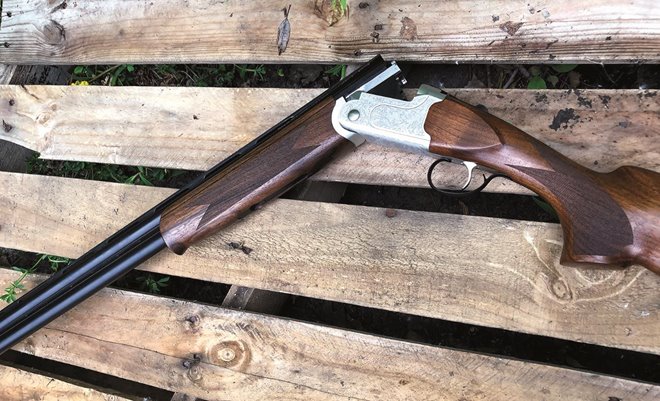 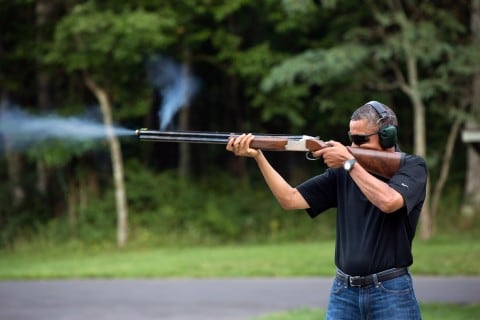 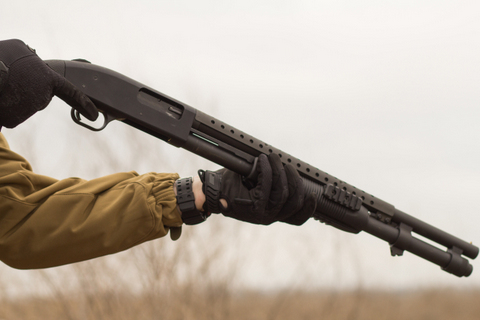 The Browning Maxus series of autoloaders represents the softest shooting semi-automatic shotguns that Browning has ever produced, and one of the best gas-operated shotguns you’ll ever own. It’s cutting-edge PowerDrive Gas System, and extremely reliable piston design, allows you to shoot a wide range of shells with minimal felt recoil and muzzle rise. It has no problem cycling 3.5” magnum goose loads reliably for long-distance performance.

The Maxus Wicked Wing’s gas system coupled with its Inflex Technology recoil pad will reduce muzzle rise by over 40% compared to other similar autoloaders. The Maxus also utilizes Browning’s Lightning Trigger design that offers a crisp and smooth trigger pull and one of the fastest trigger lock times of any semi-automatic shotgun on the market. Combine these with the Maxus’ outstanding ability to absorb recoil and you have a very comfortable shotgun to work with in the field.

The Browning Maxus also has an aluminum alloy receiver which contributes to the gun’s low weight. So what you have with these technological enhancements is an easy to handle, fast and effective firearm for downing birds that’s light and durable with low recoil and excellent energy absorption so you can frequently stay on target for longer.

Last but not least is the Wicked Wing’s Mossy Oak Shadow Grass Blades camouflage which is so natural and effective that you’ll probably lose sight of your Maxus one or two times when you hit the marshes. 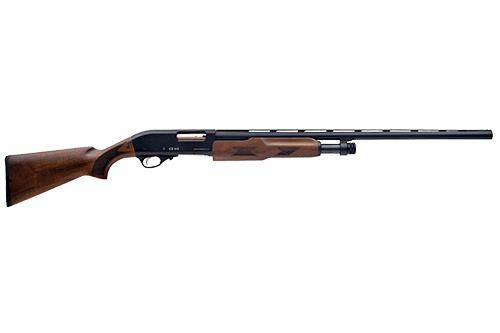 The CZ 612 Target is a simple, reliable, and affordable 12 gauge pump-action shotgun with a 32” ported barrel. It’s basically a nicer, classier version of the discontinued 612 Trap model because it features a Select Grade Turkish Walnut Monte Carlo stock and deep glossy blue finish on the barrel.

It’s a special choice for novices who want to learn how to get serious at trap shooting. You get a gorgeous target pump-action that’s affordable, reliable, has great handling, and is designed for sporting clays and traps.

The Browning A5 Sweet Sixteen has a sweet name because it’s a sweet gun that’s designed to be one of the most reliable, best performing, fastest cycling, and softest recoil-operated autoloaders on the market. This is a modern shotgun that has the iconic humpback receiver profile of other Browning models that seamlessly blends in to the rib to extend your sight plane, enhance natural sight alignment, and improve your target acquisition.

The A5 has the “Gentleman’s Gauge”, the in-between 16, which gives the hunter a firearm that’s closer to a 20ga in weight while delivering a payload that’s similar to a 12ga, and an ideal shot pattern that’s right in the middle. The Browning A5 is an excellent hunting or target semi-auto that’s built on a smaller and lighter receiver for sleeker and more comfortable handling.

Moreover, Browning has been working for years on its Total Barrel Dynamics system that’s incorporated into the Browning A5 Sweet Sixteen. It features a lengthened forcing cone called the Vector Pro that tapers into the backboard barrel and ends up in the muzzle with a new Invector DS choke tube system, which is a double-seal system that eliminates all powder and burnt gas for easy choke tube removal. This innovative system provides the hunter or target shooter with absolutely optimal shot pattern performance with steel or lead shot.

Browning has perfected its innovative and powerful short recoil-operated Kinematic Drive System that converts recoil energy into mechanical motion to operate the action, in a simple design that’s consistent and reliable. Browning is so confident in the performance of the A5 that it offers a 100,000 round or 5-year warranty.

The Beretta A400 Xplor Action, like other 400 models, has a gas-operated mechanism with a rotating bolt head and alloy action. It’s a fantastic autoloader for upland hunting and clay target shooting that’s very light, fast, versatile and functions flawlessly. However, it may be too light for some skeet or sporting clay shooters, particularly around the stock and receiver (the 12-ga model is 6.7 lb max). But honestly we think the light weight is more of an advantage to most.

This A400 Action has updated classic looks with a bronze-colored receiver and Beretta blue barrel with a select walnut stock. It’s fine checkering gives you secure hold while pointing and shooting. A gas-operated action is designed for speed, reliability, and versatility. The A400 is capable of firing 4 rounds of lead or steel shot in less than 1 second. It’s advanced recoil reduction system reduces felt recoil by up to 70%. The receiver comes with scope mount grooves.

The Beretta A400 Xplor Action is a fast and versatile semi-automatic shotgun that’s terrific for upland, duck, or deer hunting as well as clay target shooting. It is light weight with a low-profile action, extremely fast follow-up shots, low recoil, and easy maintenance.

Henry Repeating Arms is such a classic American brand and the leading manufacturer of lever action firearms. It’s one of the all-time great producers of long guns. Henry Repeating Arms’ reputation for consistency and perfection is showcased in the classic and high quality design of their Single Shot break-action shotgun, which exemplifies simplicity and accuracy for the sportsman who believes in “one shot, one kill”.

The Henry Single Shot is a very reliable, high quality, lightweight all-purpose 20 gauge shotgun that’s ideal for small-framed or young hunters. It’s simple operation and reliable action is a great way to introduce your kid to the joys of hunting, without needing an ultra modern repeater or autoloader.

This shotgun uses a single hinge pin and opening lever on the upper frame. An external rebounding hammer acts as a safety and won’t touch the firing pin unless the trigger is pulled completely to the rear. The dual-direction interlock system also prevents the action from opening or closing when the hammer is cocked.

This Single Shot 20 gauge has quick handling and faster target acquisition than other larger guns. It’s versatility and light weight is suitable for small game, upland hunting, or home defense. 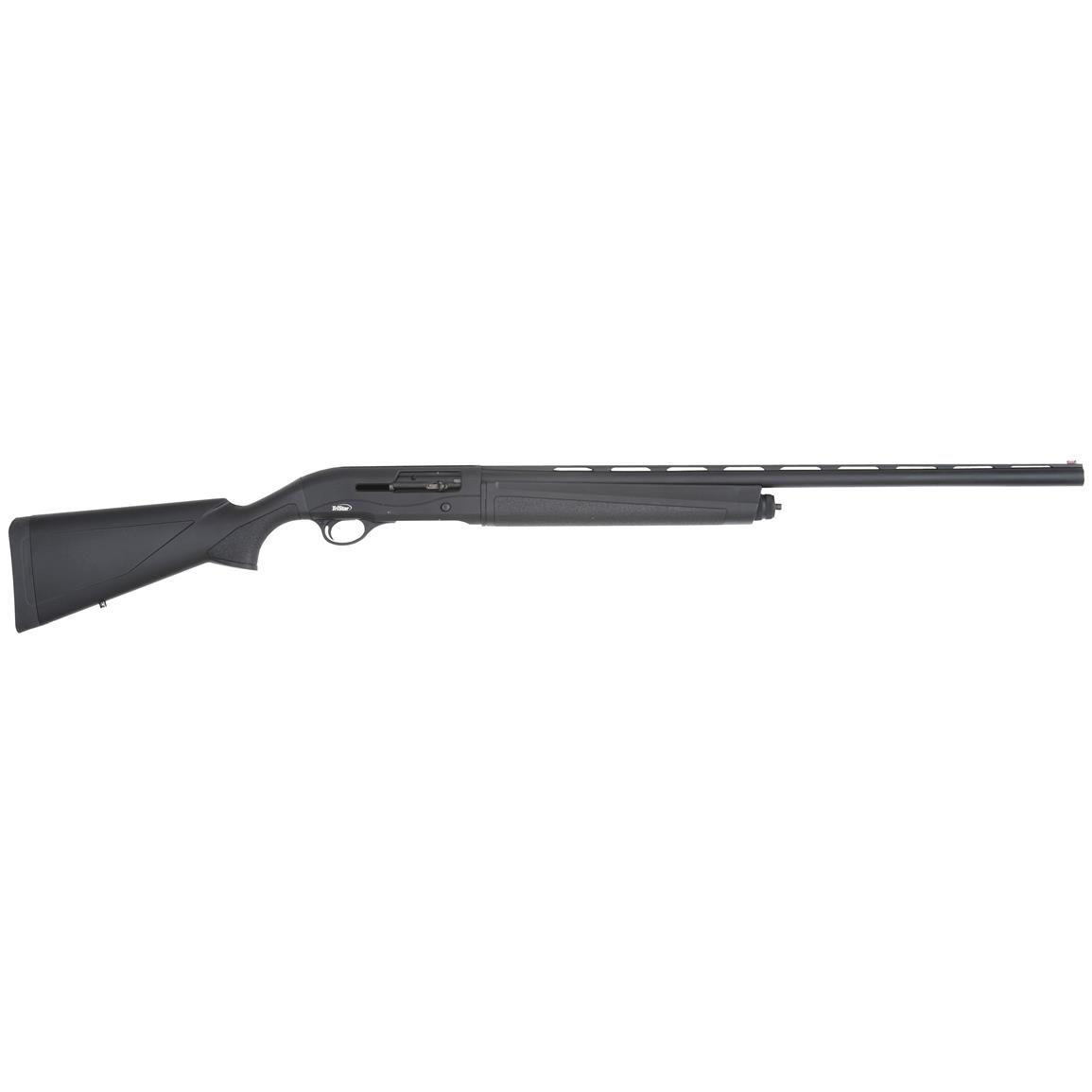 The Raptor series is TriStar’s most affordable line of autoloaders offered in 12ga, 20ga, and 20ga Youth. It’s a 3” gas-operated semi-automatic with a zero-plane injection molded stock and forearm for superb comfort and durability. The Raptor Field comes with a fiber optic sight, ventilated butt pad, and three removable Beretta/Benelli Mobil choke tubes.

The TriStar Raptor is a great introductory shotgun for hunting that won’t empty your wallet. It’s one of the best autoloaders in its price range. The Synthetic model is cheaper than the Raptor Field (camouflage). Both have a magazine cut-off, vent rib w/ matted sight plane, 5 round mag with shot plug, and chrome-lined chamber and barrel.

The Raptor is simply a respectable and highly affordable gas-operated autoloader that can handle light target loads to heavier waterfowl loads. It absorbs recoil pretty well and jumps about as much as a .410 bore shotgun. It’s durable in any weather condition and the red fiber optic front sight is a nice feature. 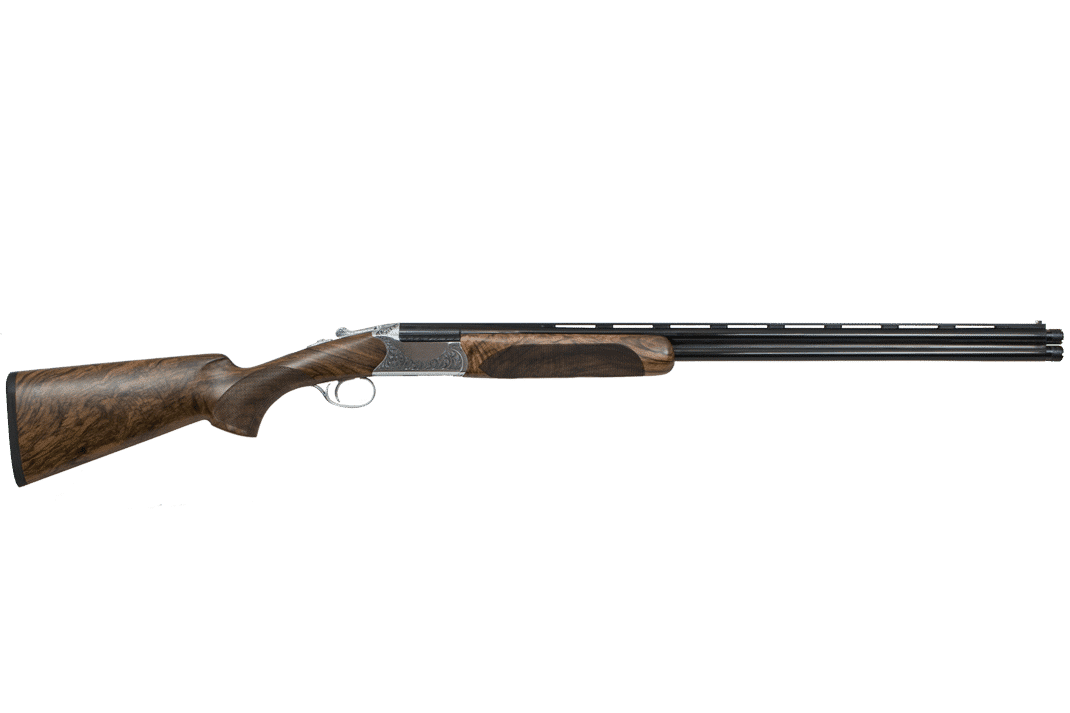 The CZ-USA Supreme Field is a high quality double-barrel shotgun built for upland hunting, trap, skeet, or clay shooting at a very respectable price. This is a powerful multi-purpose, high-grade production gun that’s built for hunters who desire supremely well-crafted and balanced break action over/under shotguns that can perform well in the field or on the sporting clay courses.

It has a robust and ornately hand-engraved CNC machined receiver with a polished nickel/chrome finish. The vent rib double barrel is fitted to full forend and gorgeous Grade III Turkish Walnut stock with deep cut checkering for solid purchase. The Supreme has an overall minimal and elegant styling.

The CZ Supreme Field is accurate and reliable too. It has a smooth and tight action. It looks, sounds, feels, and operates with a supreme confidence in its design and capabilities. Don’t expect any mechanical issues like misfiring or failed ejection with this over/under. The Supreme Field has a 28” barrel, chambered in 12, 20, or 28 gauge and comes with automatic ejectors and five interchangeable extended choke tubes with tool-less removal.

Shotguns are amazing works of art and craftsmanship. Their form and function makes them versatile firearms for hunting, trap shooting, and self-defense. If you’re new to shotguns or just a hunter or trap shooter needing another piece to add to your collection, we’ve got you covered. The Gun Source has a growing collection of versatile, multi-purpose shotguns and premium models designed for specific uses across a range of price points.

The gauge (ga) refers to the diameter of the barrel and thickness of a shotgun shell. Hunters like to choose between 12 ga and 20 ga, with less common sizes ranging from 10, 16, 28, and .410 bore. The 10 ga and 12 ga are the biggest and most powerful shells, while the 28 ga and .410 are the smallest and least powerful.

Learn more about the history of the shotgun.

The larger gauges (10 and 12) tend to cause the most felt recoil when firing, all else equal (such as the weight of the gun). The 12 ga is the most popular gauge because it’s powerful enough for most hunting and target shooting, while still having a lighter recoil than the 10 ga. It also has an optimal shot spread for most applications. The 20 ga is also popular because it has a relatively low recoil and is suitable for small game (and it’s good for smaller-framed hunters and youth).

Please keep in mind that the weight of the shotgun will affect the felt recoil, so sometimes a 20 ga will have a greater kick than a 12 ga if the 20-gauge shotgun is considerably lighter. Both gauges are highly effective in the field, but the 12-gauge is definitely the most versatile in terms of overall power and there being a plethora of choke and ammo options for 12-gauge shotguns.

The choke is a tapered constriction at the muzzle end of a shotgun barrel. They are used in modern shotguns for hunting and target shooting to enhance performance. Basically, the choke keeps the shot pattern either open or tight. Full chokes keep the spread tight for longer and more targeted shooting, while open chokes cause the pattern to spread out more for close-up hunting.

There are many types of chokes, so always look out for a shotgun that’s able to utilize interchangeable chokes if you want to get into target shooting or hunting different types of game. Modifying the choke is less important for self-defense.

Last but not least is the Action, which describes how the shotgun cycles each round in between shots. Familiar terms like pump-action, semi-automatic, lever-action, or break-action all describe the action mechanism that cycles rounds.

Semi-automatics (aka autoloaders) use inertia or gases created during firing to load the next shell in the chamber. Pump-actions load a new round by cycling a sliding forend back and forwards. Break-actions, like double-barrel shotguns, require you to open the action and manually load the shells.

All of these types of shotguns are used for hunting/sporting and have their own pros and cons. The Gun Source carries shotguns with various types of actions.