The Gun Source has taken the plunge into accesories for your AR-15. We have have tested and compiled a list of our favorite AR-15 add-ons you might want to get. These are the best accesories the cool kids are using on their AR-15.

AR-15 guns are known for their precision, caliber variety, and most of all, versatility. You can add a load of accessories to take this firearm to the next level.

Whether you’re looking for a stabilizing brace, muzzle brake, or even a new trigger, these accessories are sure to provide an enhanced shooting experience.

Stick around to learn more about the best AR-15 accessories you can get.

In terms of accessorizing your rifle, there are six main categories in this department.

The market for AR-15 accessories is filled with several options, sometimes, too many. This is why we’ve made the process easier by narrowing down a few of the best products worth purchasing for your rifle. 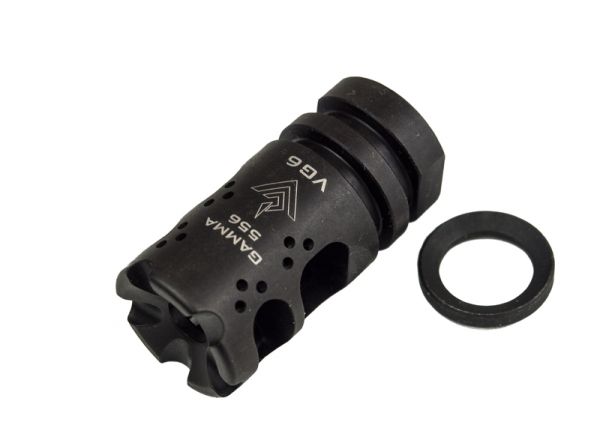 Muzzle brakes, also referred to as recoil compensators, are tools used to lessen the recoil rate during shooting. These accessories are connected to the barrel of your AR-15. Now, muzzle brakes are an integral tool used with big guns like the AR-15 to dampen the load you’ll get from recoils for up to 50%.

That being said, the VG6 Gamma model will make an ideal addition to your rifle’s accessory collection. The muzzle brake uses Computational Fluid Dynamics (CFD) and Computer Aided Engineering (CAE) technology. This allows it to efficiently eliminate any barrel movement and recoil.

With less recoil, you’ll be able to take your shots at a faster pace with more coordination. Now, the main drawback you may face with this muzzle brake is that it tends to be particularly loud. Nevertheless, its benefits outweigh this downside.

Handguard rails are an essential tool for every AR-15 rifle user. This accessory is installed on the barrel area to protect your hands. When you’re consistently firing shots, the barrel is bound to overheat, which is why this handguard can prove useful.

In terms of the Midwest Industries Drop-in handguard, it’s lightweight and highly versatile. The latter is especially true since you can add your choice of lasers, lights, bipods, and vertical grips to the rail design.

On top of that, this handguard system is easy to install since it’s composed of two pieces that are fitted together with a delta ring. Plus, it also comes in a variety of sizes such as Mid-Length, Carbine Length, and Rifle Length. 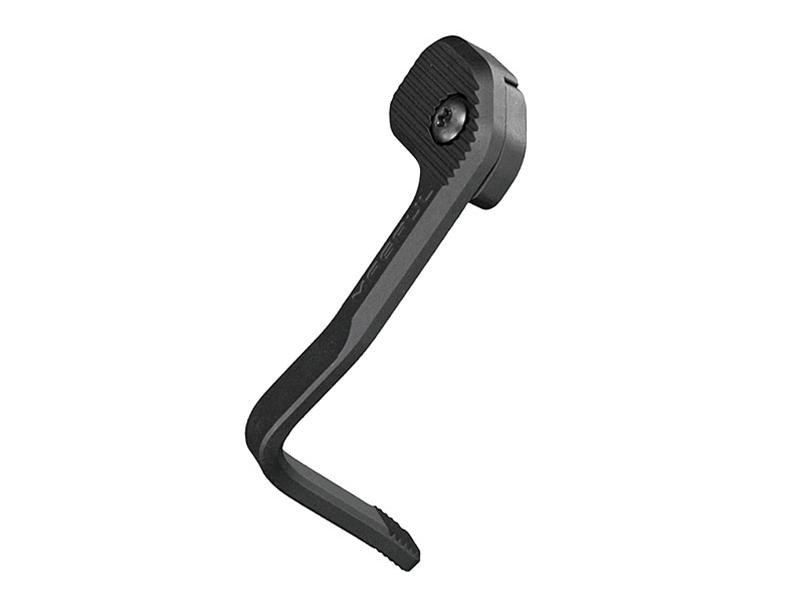 The Magpul Battery Assisted Device (BAD) lever is designed to enhance the shooter’s speed and efficiency. Now, when using up all the magazines of an AR-15, the bolt catch stops the bolt travel when it automatically moves up.

The BAD device allows you to reload your rifle at a faster pace by holding off that bolt catch. Apart from that, the term “battery” in the device doesn’t refer to an electric charge. Instead, it means when your rifle is in battery or loaded.

With this tool, you wouldn’t have to take your grip off the tool when reloading the rifle, which, in turn, keeps your stance and accuracy. Overall, this accessory is budget-friendly and simple to install as well. 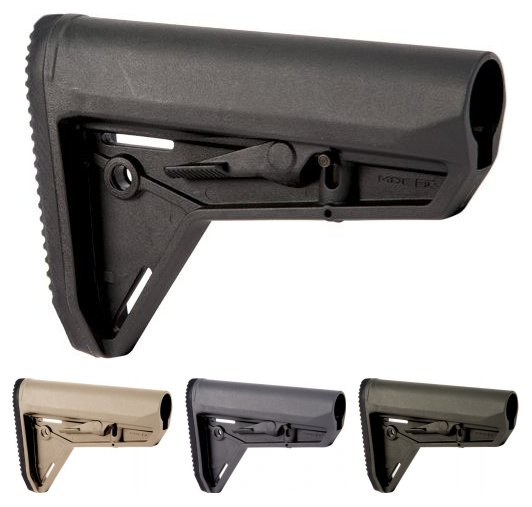 The main purposes of a stock for an AR-15 rifle are to distribute the recoil’s blow to your torso and provide a more stable shot. When purchasing a stock, you mainly want to look out for your comfort level.

Luckily, the Magpul Moe SL Carbine stock can give you that due to its exceptional ergonomic design level. The issue you may encounter with other cheaply made plastic stocks is a rattling sound as well as the lack of comfort when keeping it shoulder-level.

Now, the Magpul model gives you an anti-slip and anti-rattle feature due to its rubber composition. It’ll fit comfortably over your shoulder so you can extend your hunting or shooting range training however you like.

On top of that, it can snuggly fit in your rifle due to its chrome-silicon lock spring technology. Plus, the stock comes in a variety of different colors such as Gray, Olive, Black, and Flat Dark Earth. 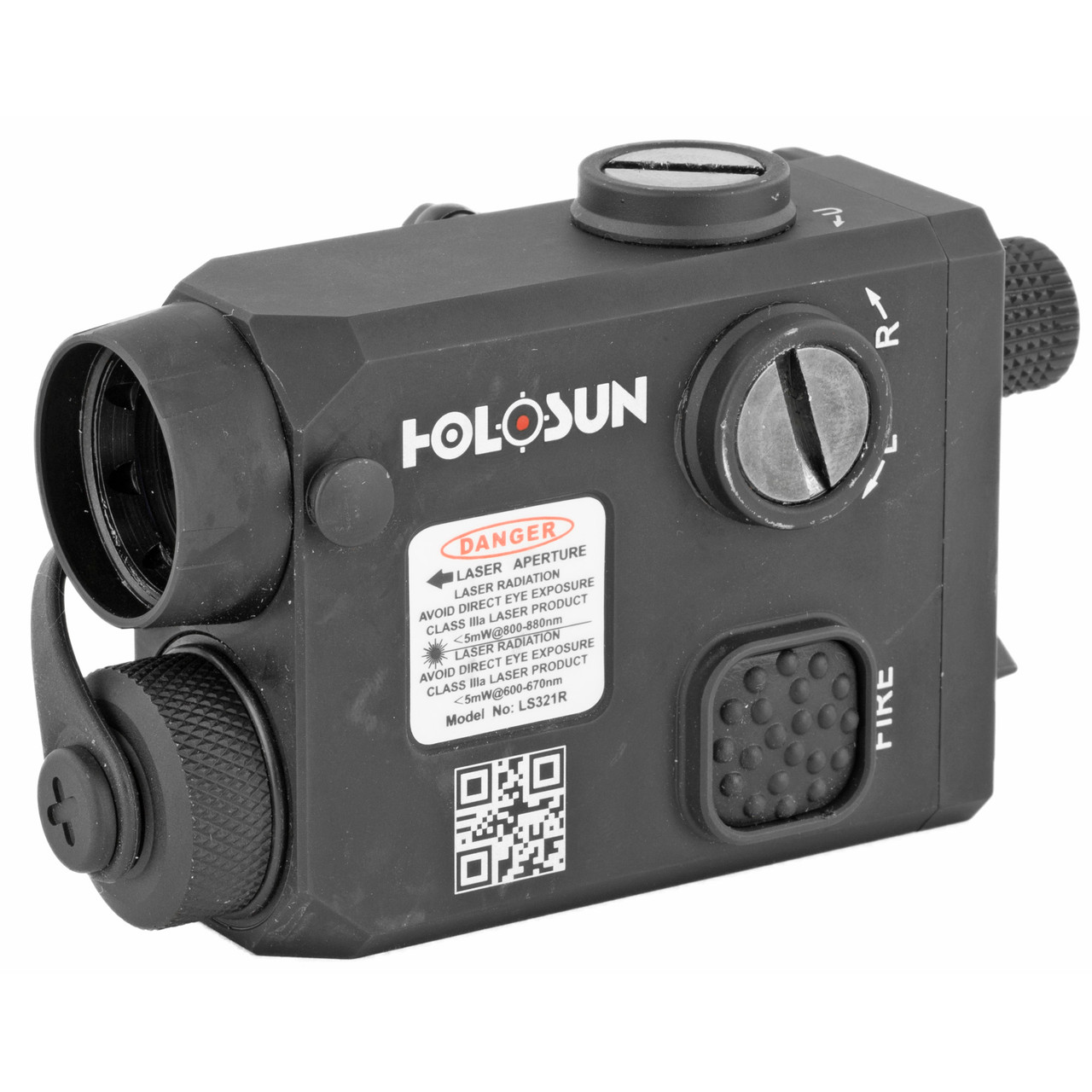 Although mostly used for law enforcement and military action, laser sights can also come in handy for gun enthusiasts. The added accessory can improve your shot accuracy, especially if you’re hunting.

Imagine you’re trying to get a shot in the forest while crouched down in an uncomfortable position. A laser sight would be a life-saver then. Speaking of which, the Holosun Compact laser sight may be the choice for you.

This device is offered in infrared, red, or green options. That being so, most laser sights in the market are either highly priced and provide exceptional quality or cheaply made. The good news is that the Holosun laser sight gives you the best of both worlds.

You’ll be getting an easy-to-mount laser sight with multiple color options at an affordable price rate. You can also check out our in-depth guide to red dot sights for AR-15 rifles. 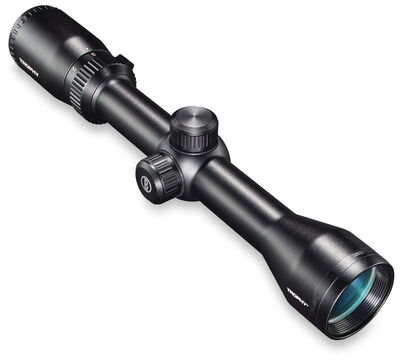 If you’re shooting from a far range, it becomes much more difficult to get an accurate shot, which is why some experts opt for riflescopes. This accessory gives you an edge in terms of hunting since you can shoot your target from a farther region, giving you a better chance of not scaring it away.

Apart from that, riflescopes are a suitable option if you don’t prefer laser pointers as well. When it comes to the Bushnell AR Riflescope, you’ll be getting a range of magnification levels from a push of the throw level.

Plus, Bushnell scopes have an anti-reflective coating for a clearer image. Additionally, it’s both waterproof and shockproof. The riflescope also takes into account the Bullet Drop Compensation (BDC), which indicates and compensates the distance a bullet will drop as it travels to its target. 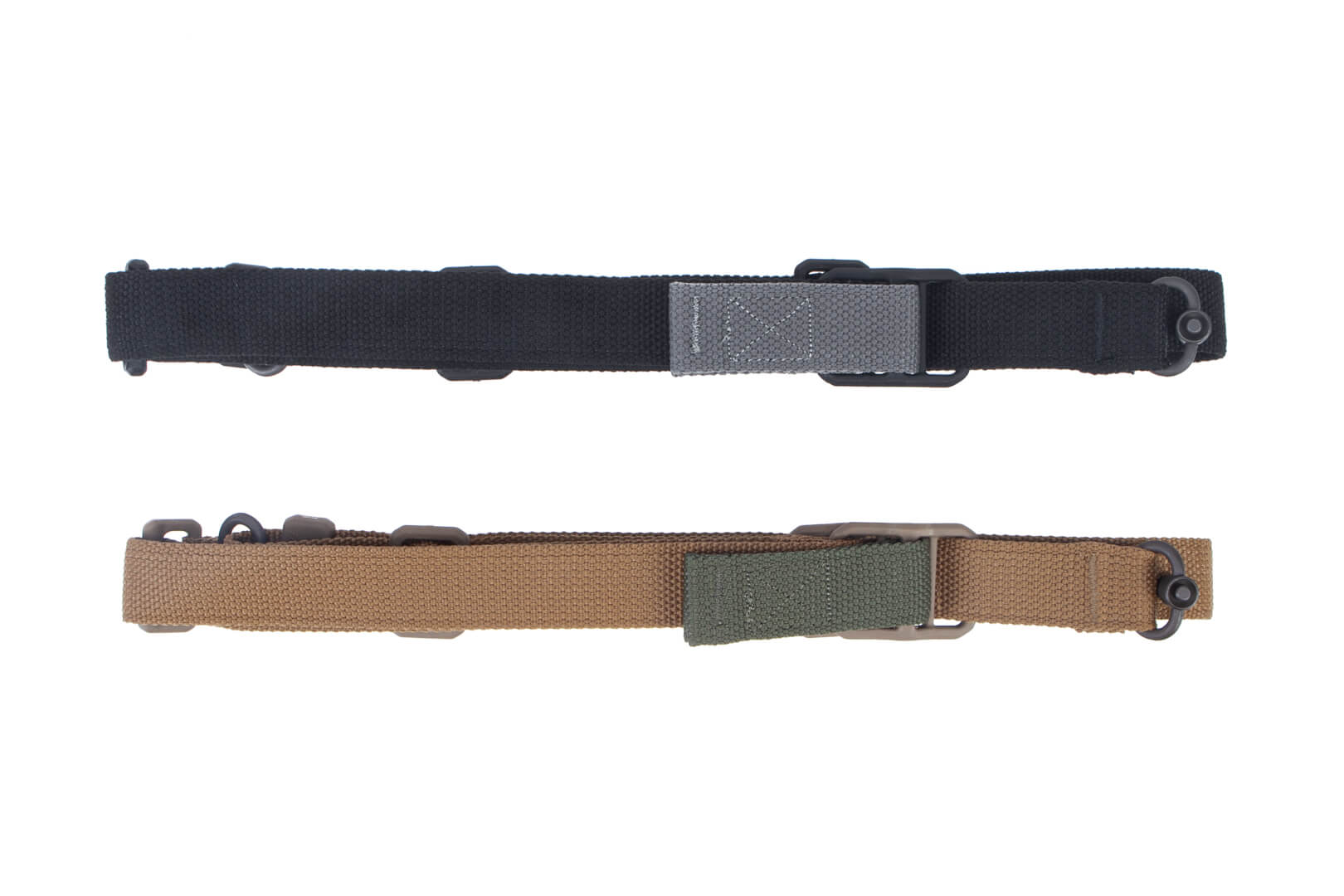 If you’re on a hunting hike, you wouldn’t want to be carrying a six to seven-pound rifle around. This is where slings come in. They help you hold the rifle when not in use. In addition to that, the sling also assists your stability when holding the rifle.

That being said, the Blue Force padded sling offers a more cushioned carry. On top of that, the nylon adjuster on the sling allows you to customize the length of it depending on how short or long you want it to be.

In terms of size, the Blue Force sling is around 1.25 inches in width. It’s also made of a webbing material, which gives the sling more durability. Aside from that, the pull tab is also easy to adjust where you only need to complete one action to shorten or lengthen the sling.

Check Out Our Other In-Depth Gun Articles and Guides 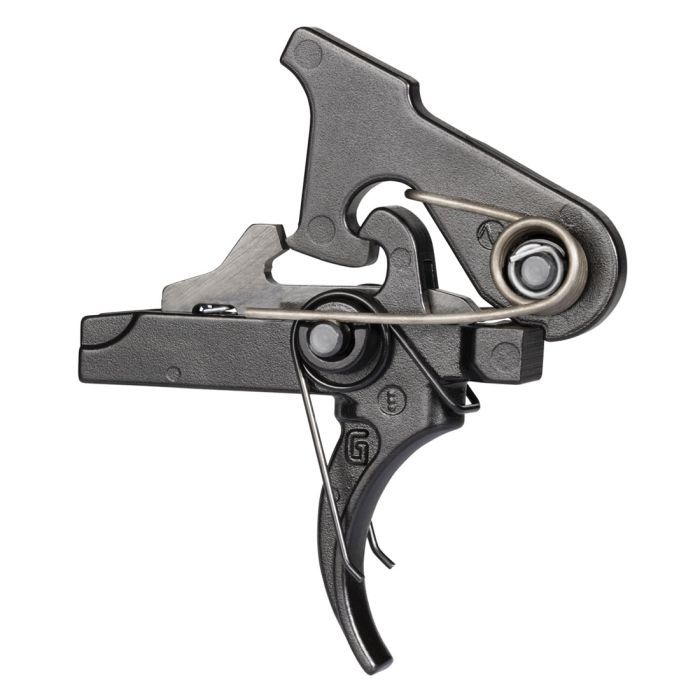 Upgrading your semi-automatic AR-15 trigger could heavily impact the precision of your shots. There are a couple of types of triggers, namely, single and two-stage triggers. The prior allows you one swift motion until the trigger breaks.

This kind of trigger is, in turn, light and usually provides accurate shots. On the other hand, two-stage triggers involve a couple of mechanisms when firing. The first, unlike the single trigger option, has a relatively heavy pull.

Meanwhile, the second is lighter and is followed by the trigger break. This type of trigger is advantageous in that it allows the user to better predict when their shots will exactly fire. This brings us to the Geissele two-stage trigger.

Its initial pull target weighs in at about two and a half pounds, while its second, comes in at one and a half pounds. Having said that, this two-stage trigger does take some time to get used to, especially for beginners.

Folding stocks, as their name suggests, are an AR-15 accessory that allows the firearm to fold at the rear when handled. Subsequently, the main purpose of this tool is to make the rifle more compact for storage.

The downside of this AR-15 accessory could be that it takes more time to assemble when taken out of its package. Plus, it may randomly disassemble itself when firing shots. Apart from that, the 17 Design and Manufacturing folding stock may become a reliable solution to your folding stock needs.

This product is fitted with an upper tensioning screw which allows you to adjust how tight you’ll want it to connect with the rifle. For this reason, it may help in avoiding spontaneous disassembly. 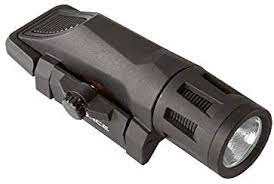 Tactical light accessories are usually more geared toward law enforcement officials. This is because they need to blind their target so they’ll have to shield their eyes before grabbing any countering weapon.

For casual users and gun enthusiasts, you may use it as a self-defense tactic or simply light the way if you’re on a night hunt. With that in mind, the Inforce WML tactical light product is an exceptional choice to light the way.

The product also comes with its own mount or rail. Plus, it’s simple to turn on and off. The Inforce tactical light is also waterproof under 66 feet of water.

The Bolt Carrier Group (BGC) is a part of the rifle that’s used for semi-automatically firing as the trigger is engaged. That being so, the process of the BCG first involves the firing pin triggering the primer in the chamber. Afterward, the chambered rounds are ejected and the hammer is re-cocked for the next round of ammo.

Now, the BCG powering this process is fed by the gas made from the fired rounds. This brings us to the PSA BCG. This product is made from a reliable Diamond Like Coated (DLC) reliable steel material.

In addition to this, you don’t need to oil this BCG model as much since the finish is considerably slick. For this reason, the PSA BCG model is easy to wipe off or clean.

AR-15 rifles host a variety of accessory options from laser sights to handrails. These extra modifications are all about enhancing your shooting experience. Plus, you can use them to assist you, especially as a novice shooter.

The rifle accessories provide multiple benefits such as improving your accuracy, speeding up your reload time, or getting a better ergonomic feel to the gun. For this reason, AR-15 accessories are worth the buy.

AR-15 rifles are one of the best firearm options for hunting. Plus, these rifles are highly flexible due to their easy disassembly. You can even build your own AR-15 rifle using accessories like lower parts kits and, don’t worry, according to the ATF, it’s legal to do so.

That being said, AR-15 accessories increase your chances of taking some game home. For instance, you’ll be better off using a riflescope for long-distance shooting than relying on your classic iron sights.

An updated trigger or BCG may just provide you with the needed accuracy to achieve a clean shot.