A Comprehensive Guide To Kel-Tec Firearms

Check out our guide to one of the leading manufacturers for firearms of all types.  Kel-Tec is a company that surpasses expectations time and time again.  Read some of our reviews for more information, or browse our inventory now.

An Introduction To Kel-Tec Firearms

Kel-Tec is an established and highly popular American brand of firearms. Founded in 1991, Kel-Tec CNC Industries Inc. (the manufacturer of Kel-Tec products) has been developing a wide range of high-performance firearms from pistols to semi-automatic rifles and shotguns. The company brings together a dedicated force of talented engineers and military veterans to expertly craft unique firearms, parts, and accessories for commercial, military, and law enforcement use that are both innovative and exciting to use.

Weapons manufactured by Kel-Tec include the P-11 pistol, P-32 pistol, the P-3AT pistol, the discontinued P-40, the semi-automatic SUB-9 and SUB2000 pistol-caliber foldable carbines, as well as a family of 5.56x45mm rifles.

Alongside innovative semi-automatic handguns, Kel-Tec manufactures high efficiency rifles and carbines like the CMR-30 model. Starting in 2007, Kel-Tec’s high efficiency gas-operated semi-automatic rifles were showcased in a series called the RFB (“Rifle, Forward-ejection, Bullpup”) reflecting an advanced technology that the company designs and perfects into many of its current models. Late 2015 saw the official distribution of the RDB (“Rifle, Downward-ejection, Bullpup”) class of rifles.

Today, Kel-Tec firearms are some of the most sophisticated and sought after weapons on the market for hunters, shooters, law enforcement, and military personnel. Kel-Tec reinvented the concealed carry market with the P11 handgun and designs pistols with purpose to maintain that legacy. Kel-Tec also continues to develop innovative rifle designs, implementing its RFB/RDB technology into models for sportsmen, hunters, and tactical shooters. Runa nay ammo and you won’t have a problem.  Aside from semi-automatic handguns and rifles, Kel-Tec manufactures cutting-edge tactical, pump-action shotguns that are downward-ejecting, ambidextrous, and fire a wide variety of projectiles. Finally, Kel-Tec provides expertly crafted parts and accessories for all of its weapon types. 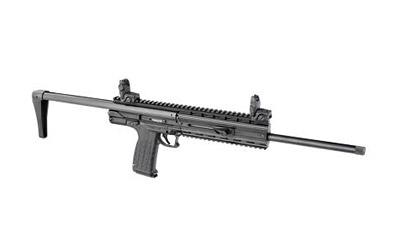 This lightweight Kel-Tec carbine staple is a 3.8lb semi-automatic, collapsible truck gun that is ambidextrous and portable. It dispenses 30 rounds of .22 Magnum, from two magazines each, through a 16” barrel (overall length of 29.9”).

That’s a lot of quick and accurate firepower for such a compact and versatile gun. The single-action trigger has a 5lb break. A straight blow-back operation with low recoil creates great suppression and accuracy when firing. Versatile, compact, and powerful describes this fantastic carbine. 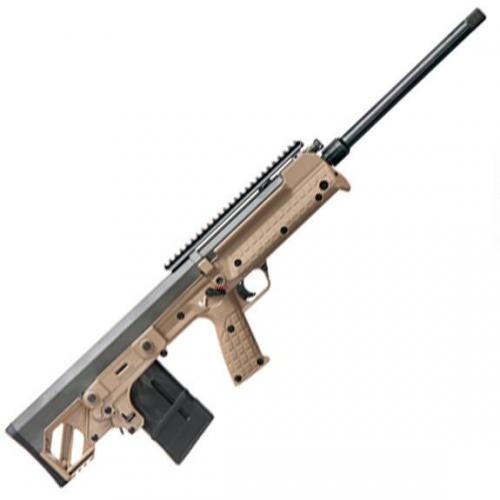 Featuring proprietary forward-ejection technology that Kel-Tec expertly incorporates into most of its semi-automatic rifles, the RFB Hunter .308 is a truly innovative, dual bolt release multi-purpose rifle of the highest design quality.  Attach the right BSA or Burris options and get a kick out of this firearm.

The rugged and supremely versatile Hunter is ideal for hunting, recreation, competition shooting, or backcountry protection. It weighs 9.1lbs yet feels well-balanced and heavy duty. It features an adjustable gas system for easy curb recoil without compromising reliability. The Kel-Tec RFB Hunter has an imposing 24” barrel for superior ballistics while the rifle’s overall length is just 32.5”. Standard caliber is the .308Win with a magazine capacity of 20 or more rounds. 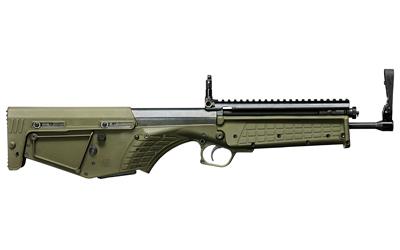 This unique bullpup rifle, featuring Kel-Tec’s proprietary downward-ejection system, redefined the bullpup class of rifles and will provide the user with the most balanced and smooth experience of any similar weapon.

The Kel-Tec RDB-S has an unparalleled trigger system that is superior to any other bullpup rifle in terms of accuracy by providing an excellent take-up and clean break. The downward-ejection system sends spent rounds down through the stock and behind the magazine well allowing for truly ambidextrous use. With the right rifle shooting techniques you can become a solid shooter.

You will never feel hot brass striking your body ever again. The RDB-S provides excellent center rifle power, and eliminates excessive recoil while ensuring reliability for various load amounts. It is the smallest and lightest rifle in the Kel-Tec RDB family and is perfect for hunting or personal protection. 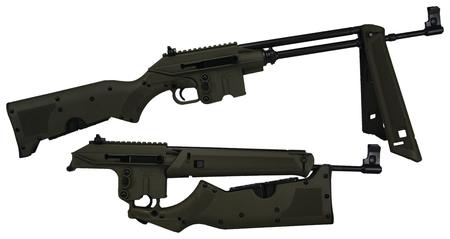 Kel-Tec designed its gas piston operated, semi-automatic SU16 series to showcase the perfect everyday sport rifle. It is one of the most adaptable and durable rifles you will find, allowing easy configurability through its modular design to suit the user’s specific needs.  Ability to attach a holographic site option or a longer range scope… you can’t miss.

There are a few reasons why this weapon is called a “sport utility rifle”: it is light, simple, versatile, and rugged. This SU16B features an adjustable iron sight, integrated bipod forend, built-in magazine carriers, and a Picatinny-style rail to mount your optical device. The rifle is foldable for easy storage.

It shoots with a smooth reliability that is characteristic of expertly crafted Kel-Tec rifles. This Bravo sport utility rifle is small and light with a low profile 16” barrel that accepts .223Rem caliber (5.56x45mm NATO). It has a 6lb trigger pull and a 10+ round magazine capacity (AR-15 compatible). 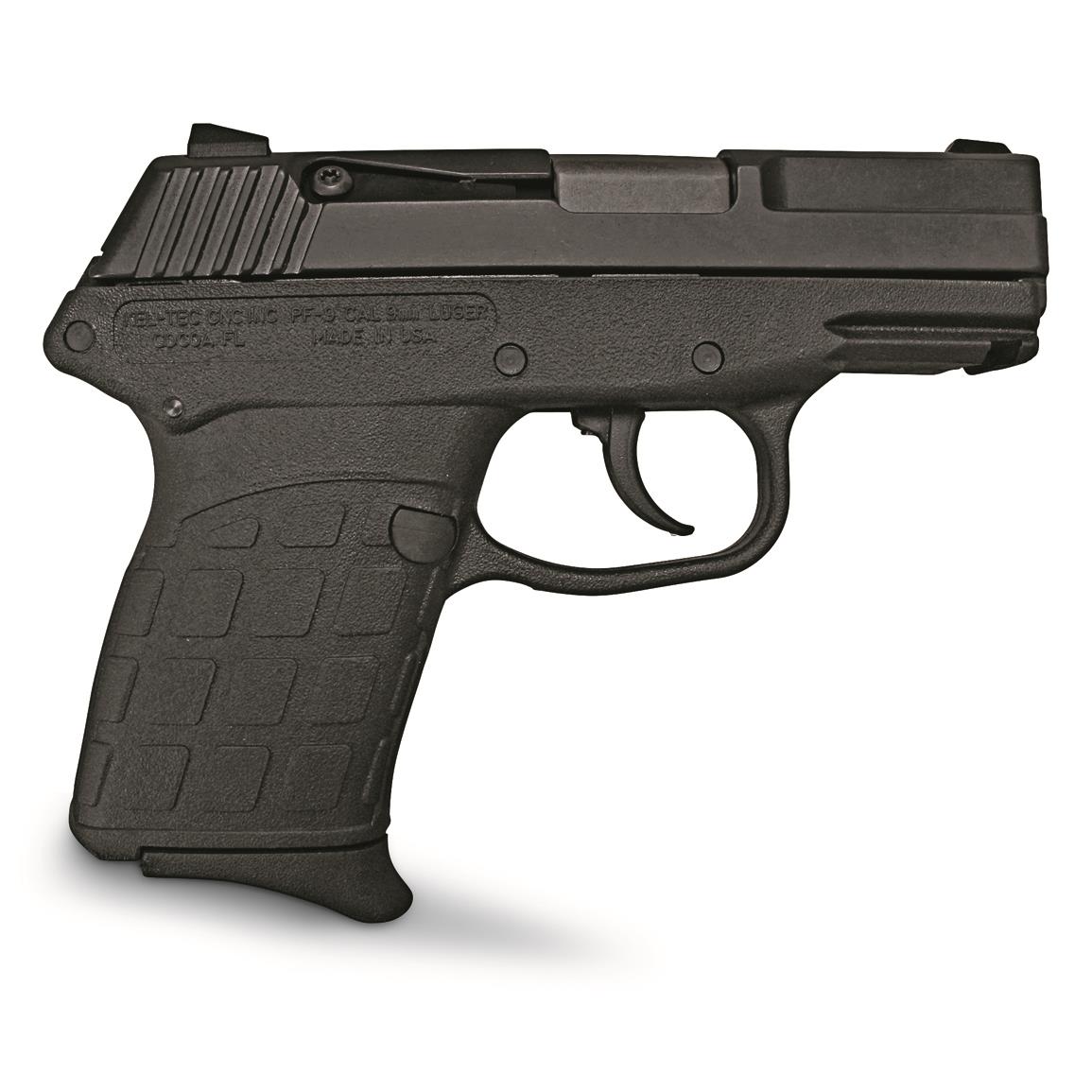 The PF9 is part of a legacy of innovative pistols that revolutionized the concealed carry market. This accurate 9mm handgun is the epitome of a lightweight, compact, and reliable pistol.

The PF9 was released in 2006 and has served as a basis for successive handguns ever since. It is one of the smallest and lightest 9mm pistols you will ever carry. It is machine built from a single block of ultra high-quality steel and comes in different coating options to resist wear and tear.

This pistol is engineered to last due its simple, reliable, and robust design. It holds 7-9 rounds of 9x19mm Luger caliber and weighs a mere 12.6oz. 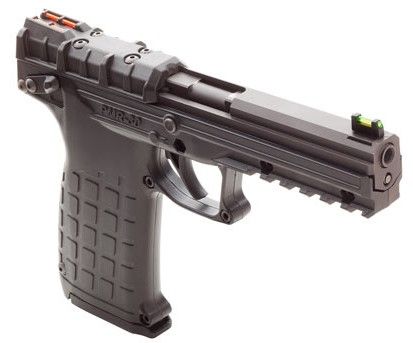 This could be one of the most fun and powerful handguns you will ever operate. The Kel-Tec PMR30 was the vision of a forward-thinking engineer who wanted to design one of the most innovative semi-auto pistols ever created – it’s even been done up in a pink gun option.

This .22WMR caliber handgun comes with 30 rounds of firepower in a flush-fit magazine. It feels heavy and durable, with a trigger pull of 5lbs, but only weighs 14oz. The PMR30 has a sleek and sophisticated design that fires .22 Magnum rounds that redefine the meaning of compact power.

You can use this handgun for a variety of activities from range plinking to camping and self-defense. It is also a highly accurate weapon with out-of-the-box fiber optic front/rear sights and weapon light accessory mount for dark environments. The Kel-Tec PMR30 .22WMR is an incredible piece of technology in the palm of your hand. 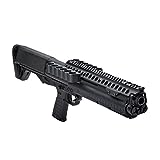 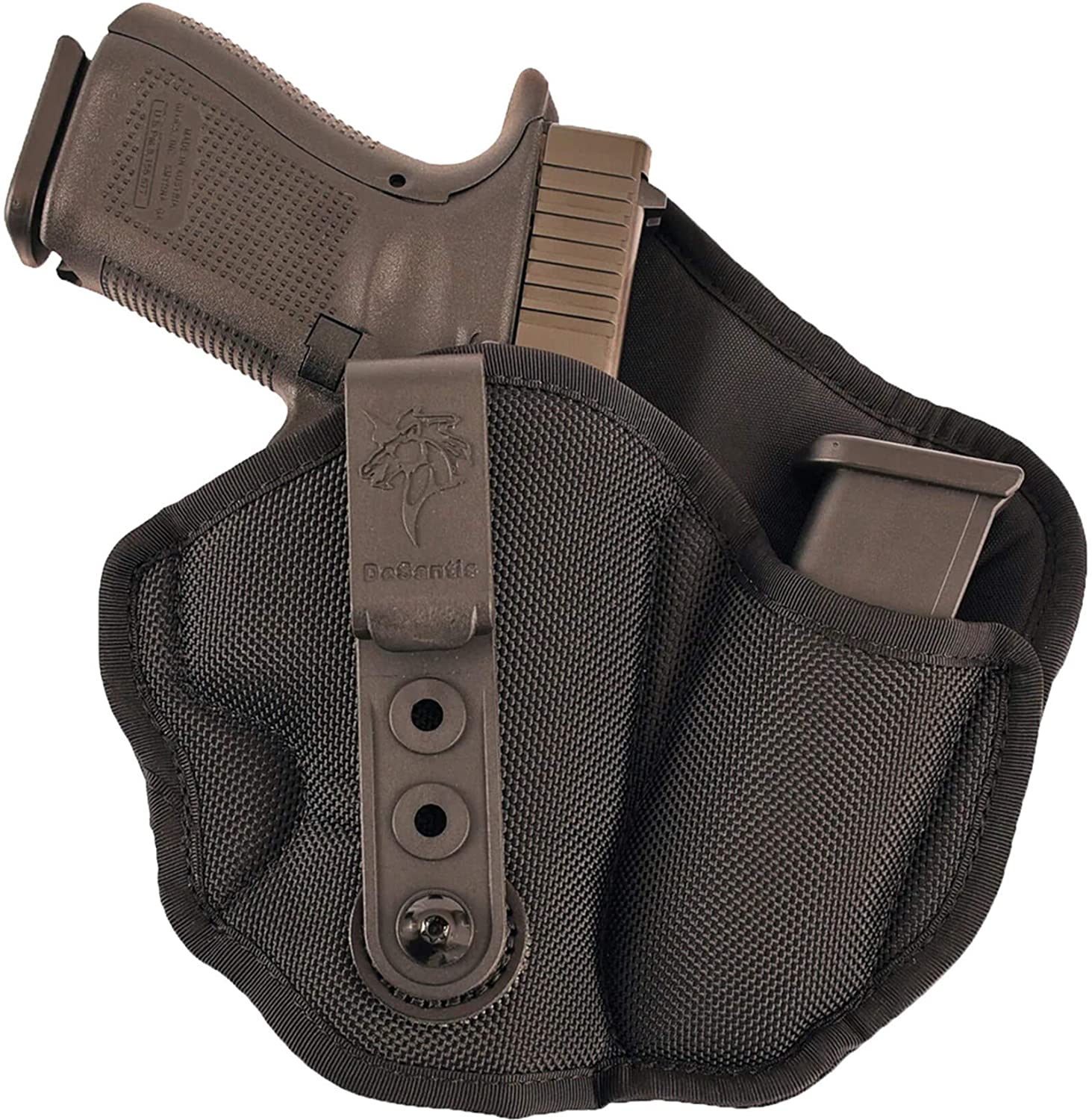 Kel-Tec’s superior design, engineering, and craftsmanship are not just exclusive to weapon systems. They are also expertly showcased in the parts and accessories that enhance these amazing guns. Kel-Tec redefined the concealed carry market with the release of the P11 in 1995 and has been engineering pistols to carry that legacy ever since.

This Kel-Tec PF9 holster is an OWB (outside the waistband) holster designed specifically for the concealed carry market to hide the small and light PF9 pistol. It is comfortable and easy to fit due to a custom molded retention shell and has an aggressive look.

The holster base is reinforced with layers of ballistic nylon and spring steel. These materials allow the holster to flex if necessary. Special breathable fabric padding allows the skin to breathe. Most importantly, the holster is high-riding and easily concealable so it will never be conspicuous in public. 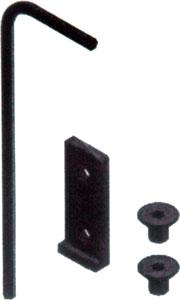 Kel-Tec’s superior design, engineering, and craftsmanship are not just exclusive to weapon systems. They are also expertly showcased in the parts and accessories that enhance these amazing guns.

Designed specifically for the multi-mag Kel-Tec SUB2000 carbine, this 9mm mag catch is expertly crafted to add versatility to your SUB2000 semi-automatic folding carbine. The Beretta 9mm is one of the most popular handgun magazines to attach to the SUB2000 and this mag catch kit is an essential and affordable part to compliment that modification.

Note: this catch kit will not fit on the Glock SUB2000.

Kel-Tec has been producing cutting-edge pistols, rifles, shotguns, and accessories for over 25 years and its highly respected brand is synonymous with excellence, innovation, and quality. Kel-Tec professionals exhibit talent and forward-thinking ideas unmatched by other manufacturers.

They believe in respect, family, the right to bear arms, and possess a profound sense of commitment towards developing weapons that support men and women in protecting liberty and securing our world. 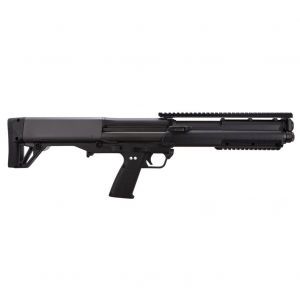 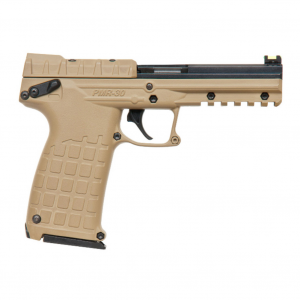 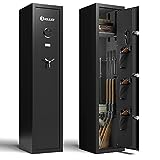 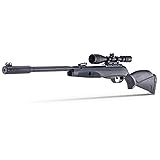